Cate Blanchett: In a classroom near the Red Line, in the year two-thousand and thirteen, six adventurers and one geek overlord gathered to embark on an adventure. For some, it was their first quest: for others, but another journey in an epic series of fantasy awesomnitude.

First, the party created their characters: Montauk, the Human Cleric; Shalimar, the Elf Wizard; Kōn, the Gnome Thief/Hammer Dulcimerist; Bane, the Dwarf Fighter; and Rob Najarian, the Fight Director Too Good at Playing the Paladin to Need an Alias.

The quest was fraught with perils: Dubious townsfolk; odd-smelling mead; trying to decide where to go as a party for about an hour…

Finally, we agreed on our collective alignment differences and settled on the burned-out tavern that carried a peculiar odor . . . 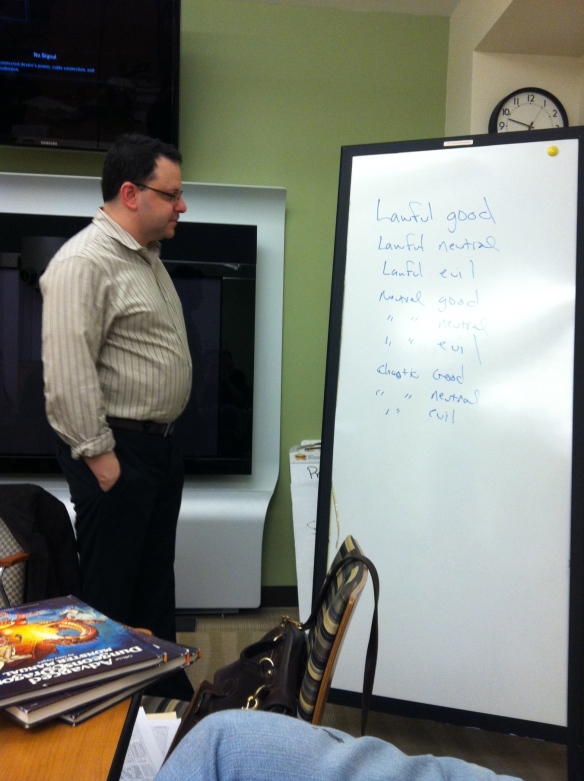 When suddenly, after a foolhardy solo advance into a smelly basement from a dramaturgically inclined gnome, three bloodthirsty and aroused lizard warriors attack!

These guys had all the luck…and a strength-sapping odor

The gnome was unconscious; the wizard, unable to use her spells in close quarters; the cleric, busy resuscitating the idiot chaotic-neutral gnome; the paladin, the dwarf and the amazon kicking lizard ass as best as they could. But the DM’s dice rolls were too powerful, and the party almost down for the count! 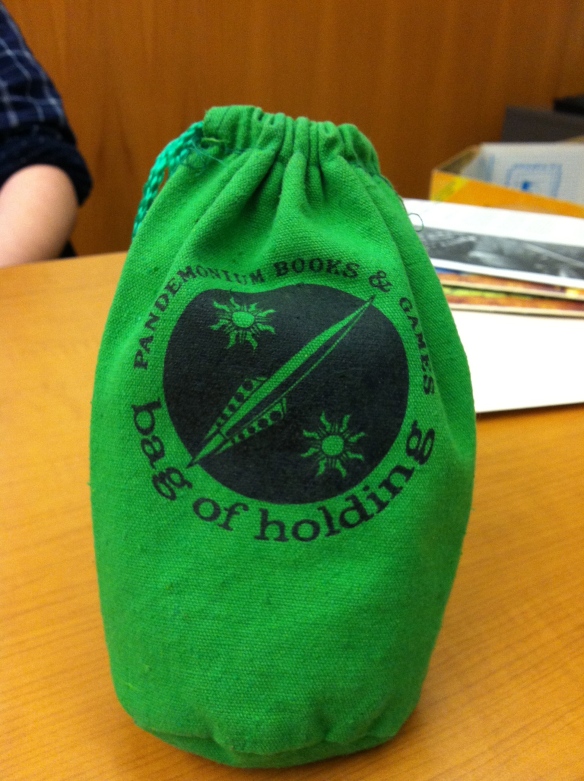 “Oh no. I’m the only one who touches these dice. And they don’t touch other dice” CR

When finally, the party’s fortunes changed! The paladin and the gnome passed out on the floor, the Ranger, Dwarf and Cleric beateth the poo out of the stenchful lizardmen. The party barely escaped with their lives, but lived to play again!

What lies in store for the party? And what of the cast and the C1 staff? How will they fare against Master Robichaud’s mighty D&D aptitude?